Europe is a brilliant place to explore with an RV! Europe offers 50 countries that are all special in their own way. There’s so much variety! Can you choose between the Alps and the Pyrenees, the beaches of Spain and Portugal, cities like Paris, Saint-Tropez, Barcelona, and Lisbon? If not, then just take your time and travel long-term through Europe.

Still doubts about traveling in an RV with kids? Don’t be, you all will love it!

RVing in Europe vs the USA

RVing in Europe is different than RVing in the USA. Cities and roads in Europe are smaller and big RV’s like the once commonly uses in the US are not suitable in Europe. Especially in East Europe, it is difficult to travel around with a big RV (bigger than 7 meters) because of its badly maintained and narrow streets.

Planning your itinerary through Europe

The destination you pick depends on your preferences, but also on the amount of time you and your family have to travel ánd in which season you want to go on your family RV tour.

There are three important things you need to consider before you and your family start daydreaming about European places:

Let’s get into more detail.

You probably prefer to travel Europe during the low season, because it’s much cheaper (some campsites charge you €80 per night during July and August, while they ask only €20 or less during the winter).

However, there is one excellent reason to go RVing during summer: the weather. Most European countries are very cold and rainy during autumn and winter months, so you have to take the weather into account.

Take the Netherlands. I know all about the climate of this little country since I’ve lived here the largest part of my life. The best season to visit the Netherlands is during summer months. In July and August, you’ll have a bigger chance for sunny weather and a pleasant 20 to 25 degrees. But keep in mind that it still rains sometimes during summer.

Except for a few rare days, it rains almost constantly during fall and winter. Temperatures drop to 10 to 0 degrees. In spring, the weather is very changeable, but on average, the weather is soft in May and June.

Europe sometimes encounters a heat wave. If this happens, there is no easy escape possible. The temperature is almost unbearably hot for one or two weeks in countries like the Netherlands, Belgium, Germany, and Austria. These are countries that are usually not too hot during summer. The best you can do is stay calm and find a place with water nearby to cool down.

Other destinations are best to visit during low season. For example, Spain and Portugal can be boiling hot during the summer. Even the locals escape the big cities to cool down at the beach. And they avoid the outside during the hottest hours of the day (that’s where the famous ‘siesta’ comes from).

In the more northern countries, it is too cold during the fall and winter for RVing (although some would disagree!). Most campsites in these countries are also closed during low season (see below). And those that are open probably charge an extra fee for the electricity, since your electrical heater will run overtime.

2. Availability of open campsites in Europe

Related to the climate thing is the availability of campsites. Because of the cold and the rain, a lot of campsites close during winter. If you want to visit France during the winter period, you will notice that most campgrounds close their doors, especially in the northern provinces. The once that are open are mostly located near the highway for those in transit.

3. Closeness of countries in Europe

You might like to see Paris, while your husband wants to go fishing in Portugal and your children want to go to Austria. Although the distances in Europe seem small compared to those in the US, traveling from the North of France to the South of Portugal is still a big trip.

If you got limited time, you need to choose.

Unless you want to drive several hundred kilometers a day, and I discourage this enormously, slow travel is key!

I have grouped some European countries together. Of course, these clusters of countries only give you an idea about the possibilities, but if you are not sure which countries are realistic to include in your RVing tour, this is an excellent way to start planning!

1. The Netherlands, Belgium, and Luxembourg

The Netherlands, Belgium, and Luxembourg (this group of countries is also called the Benelux) are relatively small countries. For instance, traveling from Amsterdam to Antwerp is only a 2-hour drive. I don’t recommend you to go straight from Amsterdam to Antwerp though because in between there are lots of beautiful places to visit. But it gives you an idea of the distances involved.

The surroundings in these countries are very different. You can visit big cities like Brussel, Luxembourg (the city) and Amsterdam (see this blog for things to do in Amsterdam), but also smaller villages like Gouda (from the cheese), and Gent and Bruges (according to my husband the most beautiful towns of Belgium). More into nature? Visit the Veluwe area in the Netherlands and the Ardennes in Belgium and Luxembourg.

Best season for RVing: summer. Especially the Netherlands and Belgium tend to be in a constant cloud of rain during fall, winter and a big part of spring. Although there can be a few lovely days in April, May and the beginning of June, there is still a big chance for rain. Lots of rain. So if you prefer sunny weather (who doesn’t?!) visit these countries during the end of June, July, and August.

Since Germany is – compared to its neighboring countries – quite large, I would recommend you to visit the south of Germany combined with Switzerland. You should definitely visit the Moselle area and the Black Forest. This region is perfect for nature lovers! There is plenty opportunity to do some hiking and biking, and your kids will love the campsites in the middle of nature.

From the South of Germany, it is not far to the border of Switzerland. You can visit Basel, Genève and Zurich and everything in between and beyond. Switzerland has beautiful mountains and lakes. For hiking and water sport this is the perfect destination.

If you are close, don’t forget to visit Liechtenstein, a country of only 160 square kilometers squeezed in between Switzerland and Austria.

Best season for RVing: spring and summer (except if you want to go skiing – see below). Fall and winter can be rainy and cold, but because of its continental climate, spring and summer are best. With the exception of an unavoidable heat stroke in Europe, temperatures during summer are not too hot for sightseeing and sports activities.

Yes, all alone, no combination. But this is not without reason. France is big and it is a perfect destination for RVing if you want to mix mountains (the Alps and the Pyrenees), beaches (the Mediterranean Sea and the Atlantic Ocean), and lovely places (like Paris and Saint Tropez, the caves in the Dordogne and lots of natural parks) into one trip. Seriously, if you want it all, and don’t know for sure which country or countries you want to choose, pick France.

Best season for RVing: spring and summer. The southern part of France can be quite hot during summer, so you might want to visit campsites with water nearby to cool down (e.g. beaches, lake or pool).

Portugal is a relatively small country while Spain is big. If you want to visit these countries, take into account that the distances are pretty large as well. Not USA-style big, but for European definition reasonably big. To give you an idea: traveling from Barcelona to Madrid or from Madrid to Lisbon is both is a 6-hour drive.

Besides the big cities, Spain and Portugal are popular destinations for its beaches. The ‘Costas’ in Spain are crowded during high season, but perfect for beach walks during low season (or a chilly dive). But don’t forget the midland, because there are some gorgeous areas where you can go hiking or bird watching.

Best season for RVing: winter, fall, and spring. During the summer months, it is extremely hot in Spain and Portugal. Also, it can be very crowded at the Costa’s, and you might want to avoid those as well.

Read more about RVing in Portugal and Spain.

Note: this list is far from complete, and I’ll continue to update this blog post in the near future.

You can include a skiing trip while RVing in Europe. Ski season in Europe is from December until March, although January and February offer the best ski conditions.

The ski areas in Europe are quite diverse. If you and your family are beginners and happy with only a few slopes, then you should go with Germany (e.g. in Sauerland or the south) or countries in Eastern Europe.

More into large ski areas? Try the Alps in the east of France, in Switzerland or Austria. Skiing in Switzerland is more expensive, but the slopes are fantastic. In Austria, the après ski is famous. If you want to have excellent food during your stay, you should go to the north of Italy. We loved the plates of pasta and the pizza there! Or go skiing in Andorra, a little sovereign landlocked microstate between France and Spain.

You can also ski in the Sierra Nevada in Spain. This is excellent for combining beach days with skiing days. Or go

I’ve written tons of tips for RVing with kids in Europe. You can see them all in the RVing category, but you should definitely check these posts:

If you have any questions about RVing in Europe, please feel free to ask everything! I’m happy to help! 🙂 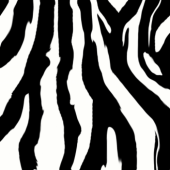 Nanouk is a digital nomad mom of two kids (toddler Roan and baby Evi). She and her husband work location independent and travel through Europe in an RV. Currently in Spain :)

More from this Author

Thank you! Go to your inbox to confirm your subscription. Then you'll receive a link to download your ebook. No mail in your inbox? Check your spam box!

We respect your privacy and take protecting it seriously

Camping Turiscampo near Lagos, in the Algarve, is a beauty! It is such a wonderful …
RVing with kids
More

Little kids don’t need much to hurt themselves. While running, playing and climbing, they get …
RVing with kids
More

RVing in Portugal will exceed your expectations! Portugal has so much to offer; it will …
RVing with kids
More